Amy has been places, she’s a world traveller, she’s an artist. We met in Ko Lanta in Thailand last February while I have experimenting my frist workaway in a three house youth hostel about 80 meters from the beach. At the time she was with friends and we organized with Vanessa a spontenous photoshoot by the water. But I really got to know her more in Bangkok as we spent a couple of days there together.

There is a moment below where she mention food and OMG it’s true, this GORGEOUS moment loves to eat, in the capital I remembered how surprised I was: she wanted to taste everything! Like a hunger for life and experiences, I was impressed and a little suprised, and let me tell you, I have no idea where all that went!

She’s (nearly) 26 -she said it!- and from England. She likes to call herself an « artist-cum-youthworker ». What she means by that is that she could do almost any job if it meant she could live somewhere new for a while. Definitly a women to discover!

1- When did you start travelling and how often?
Within my friendship group I’m known as a “serial traveller” so I guess so! My parents took me to Spain when I was only a couple of weeks old and it’s been pretty regular since then. My first solo trip was a French exchange when I was thirteen.

2- So far what is your favorite country?
Myanmar was just incredible.

3 – Can you recommend a secret café or a special spot you go to?
In Rome there’s this old pasticceria which was the ONLY place (in the world?) that made these amazing sweet, fruit-filled, brick cake/biscuits. I used to get a bus, a tram and walk to get to this place! It’s this totally unassuming old bakery without a sign on the corner of the street inside Il Ghetto di Roma and the nonnas inside only have three or four things for sale at once. The place is Boccione and the cake is called “Pizza Ebraica” (Jewish pizza), their ricotta cake is lush too..thank me later.

4- Do you travel alone or with friends?
Nearly always alone. 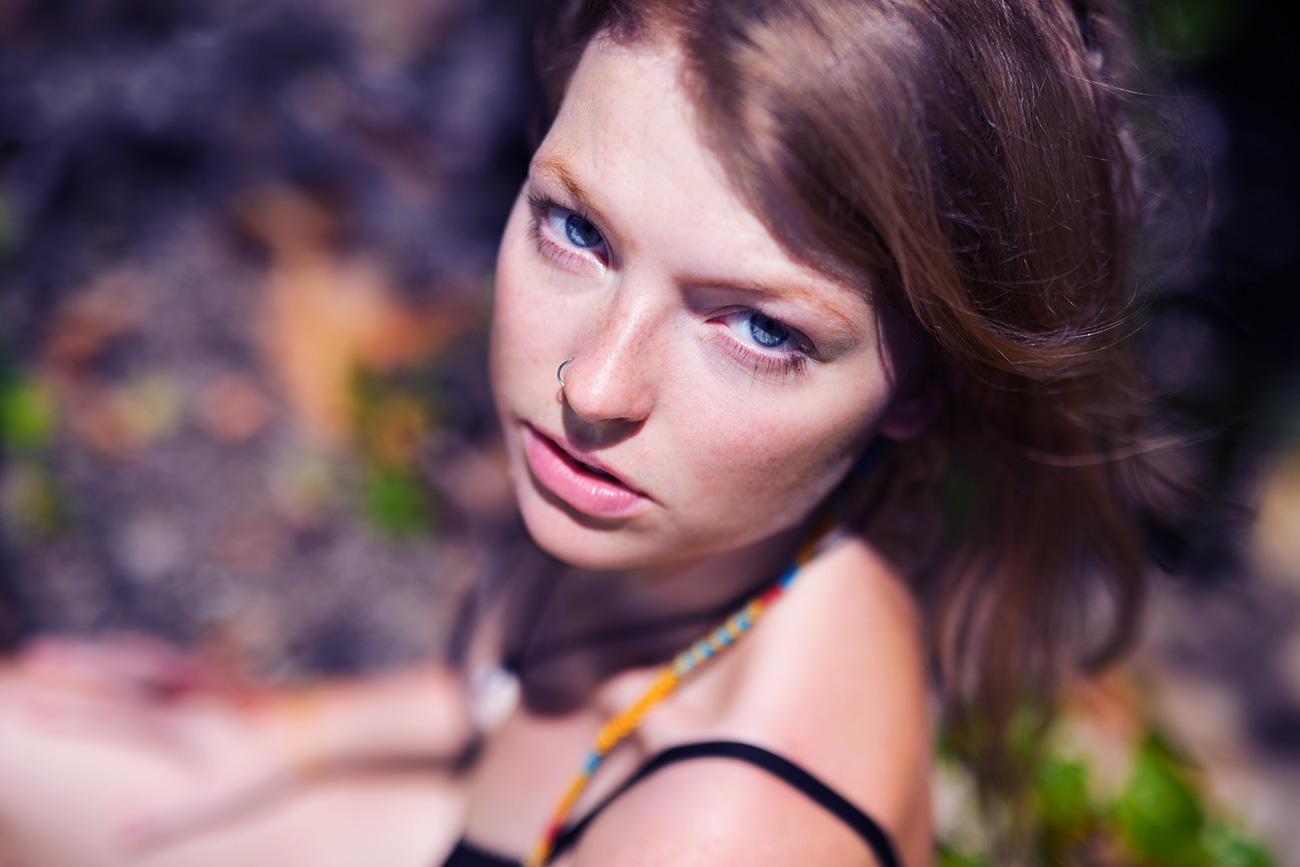 5- How do you pay your way?
I’m fortunate enough to have a UK passport so these last few years I’ll come back to England and work my ass off for four months over the summer then use that money to get away somewhere cheaper and draw out the savings by volunteering/painting/whatever in exchange for a bed.

6- Do you work and travel at the same time?
Yes, I used to teach and I’ve also been an Au-pair, I’m currently using my art as a way of getting around (paint something here, paint something there).

7- What is the most beautiful / mesmerising thing that ever happened to you why travelling?
Wow, what a question…hmm…I guess it’s the kindness in people that has really astounded me at times, I don’t know if it’s just the UK (or my Mum haha) but when you’re growing up you’re always taught not to speak to strangers, trust nobody, there’s always this sense of suspicion around kindness like “what do they want in return”. It’s taken a long time to shake what was ingrained since childhood but these constant displays of selflessness in all these countries everywhere has completely broken that suspicious, closed way of thinking; the world is so much kinder than we are lead to believe. That’s the most beautiful thing that’s happened for me.

8- Have you ever found love or love found you? Do you see yourself being available for a serious relationship with this nomadic life or not?
Ouch. This is a hard one. I found love but he wanted to stay in one place, and I would say love found me too but I didn’t want it. I would like to have a relationship but I do struggle to see how it would ever fit in unless I stayed in one place long enough for it to develop.

9- What is the longest period of time you have stayed in the same country and which one?
I spent six months in Myanmar but left to go to Thailand for two months in the middle of that. I was in France as a teacher for nine months but it was really easy to pop home during Christmas/Easter so I left the country twice in those nine months. Then I was in Italy for seven months but that was three months then a long gap then another four months…oh! England!

10- Why do you travel? When did you start travelling?
I guess I travel because I’m happier when I travel. I love experiencing new things, constantly challenging myself, trying to learn new languages, meeting new people and of course, eating ALL the food.

11- How many countries have you visited (name them)?
Haha I actually worked this out the other day! I have travelled to the same amount of countries as years I’ve been born, and will be in my 26th country on my 26th birthday.

France, Italy, USA, Germany, Belgium, Hungary, Vatican City, Poland, Estonia, Monaco, Spain, Croatia, Macedonia, Turkey, Malaysia, Thailand, Myanmar, Costa Rica, Australia, England, Wales, Scotland, Norway, Turks and Caicos, Puerto Rico (which is part of the USA but majority of people I spoke to there want to be independent and it didn’t feel like the states!) and the 26th will be Malta.

12- Mention the 3 worst experiences you ever had
1-This guy followed me at night in Yangon and started rubbing money on my arm, he wouldn’t leave me alone. I had to run and hide in a hotel lobby till he was gone and the staff didn’t really understand why.
2-When my cat died and I wasn’t at home.
3-Being ostracised by two very close friends when I was younger.

14- What are the challenges / struggles you regularly encounter being a female traveller?
Obviously being treated equal to men is an issue in a few places, I’ve found that if I ever am with a guy he’ll usually have all the questions directed at him, whether that’s at a market, in a shop etc. Things that I take for granted in Europe can be really hard elsewhere, like going to a bar as a woman is seriously bizarre and even dangerous in some places. Also periods and travelling is just shit.

15- what are the advantages you think there are to be a female single traveller?
I think people take pity on you a lot more, trust you and try to look out for you, you get given a lot of free drinks, free food, and it’s really easy to get a ride on the back of somebody’s moto. If there’s one space on a tour or one space on a bus etc you’re more likely to get it as a single female (at least in the places I’ve been so far). It’s also really easy to meet people, a lone woman is quite approachable.

16- Do you want to keep on travelling or setlle anythime soon (and if so where)?
I have been thinking more about settling recently, but don’t really know where. It would be for a year or two. But where!?

17- where is you next trip going to be?
Malta for a short trip with a friend, then Latvia, Lithuania and Poland before I have to come back to the uk for my best friend’s wedding.

18- Your 3 Top Tips for someone who would like to follow your path and don’t know how
– Use websites to find work and stay opportunities; don’t be afraid to email places directly and ask if they’re interested in a work and stay arrangement if they’re not listed.
– Try to learn a few language basics of the country you’re in, it’s polite and people appreciate it! You’re also opening a door to more opportunities the more you can understand!
– Eat the street food! If you see a queue of locals whatever’s at the other end is going to be good (and it’s a bad business model to poison your neighbours, so no real risk of food poisoning).

19- What type of traveller are you?
I would say I’m a slow traveller. I’m not in a rush to go places or see things, I’d rather stay somewhere as long as possible, learn a bit of the language, make some local friends, understand the culture. I’m not really interested in crowded tourist hotspots but I’d go miles out of my way to try something I’d never eaten before! A slow, foodie traveller.

20- Answer you own question (one you wished i had asked and haven’t)
If you could be anywhere in the world or in your past right now where would it be?
I would be back on that Koh Lanta beach in the sea at sunset with you and Ness! 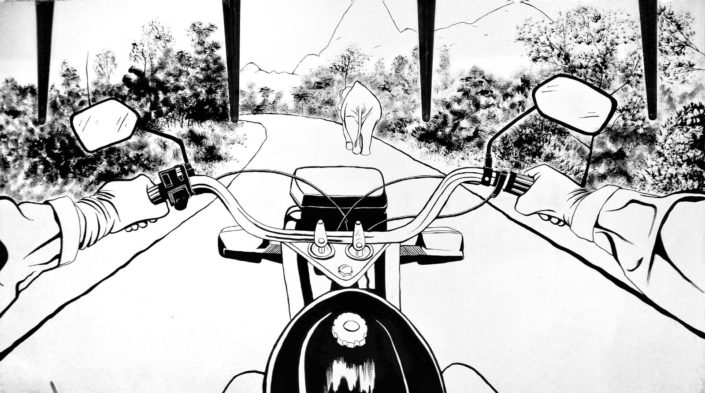 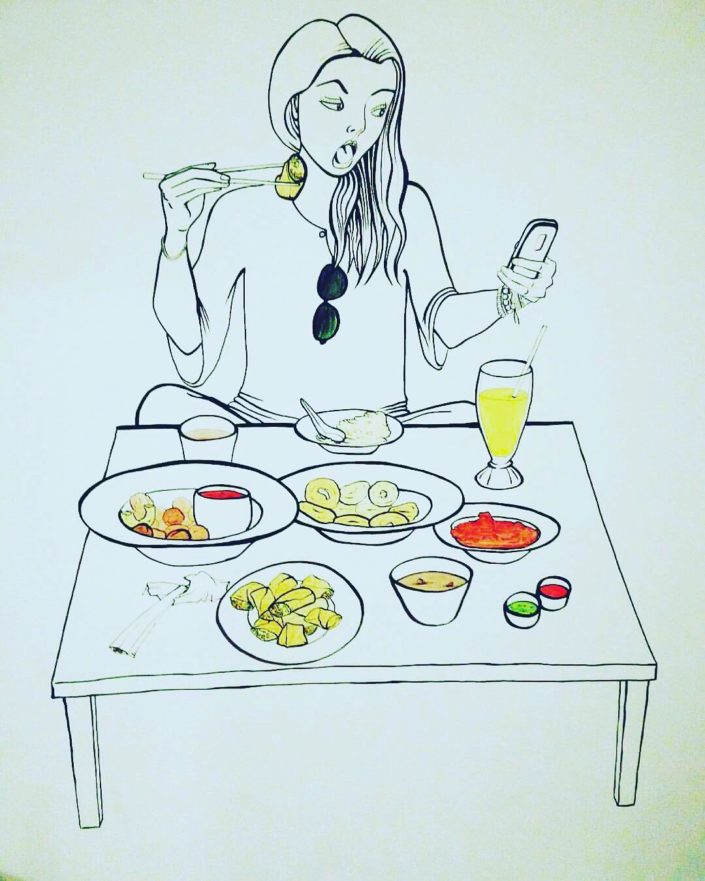 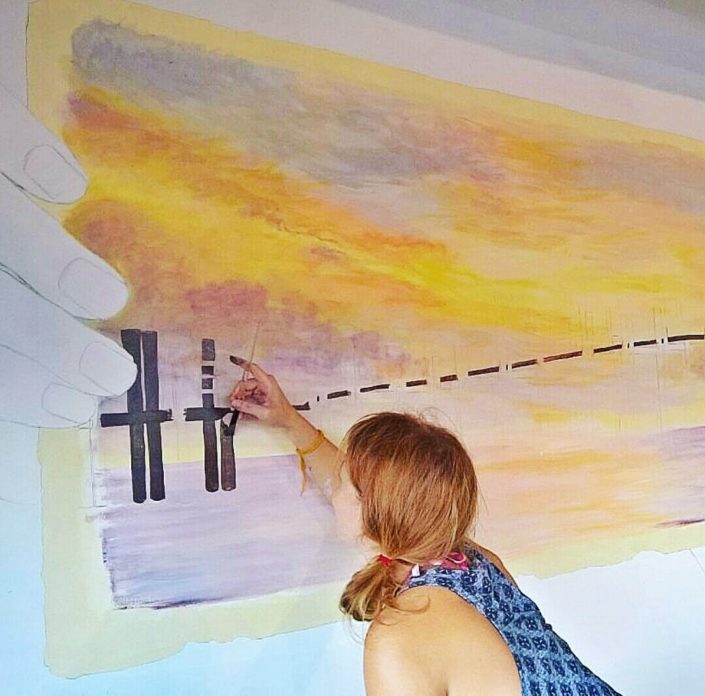 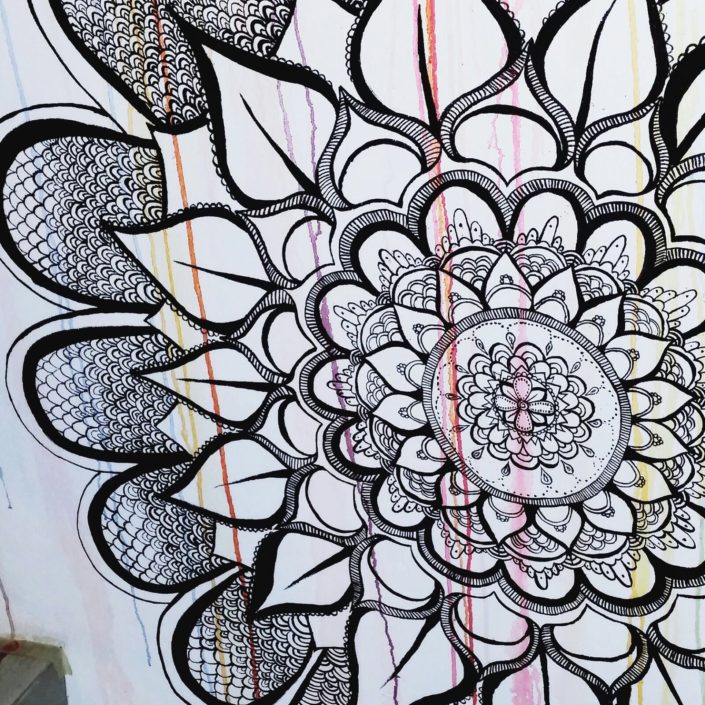 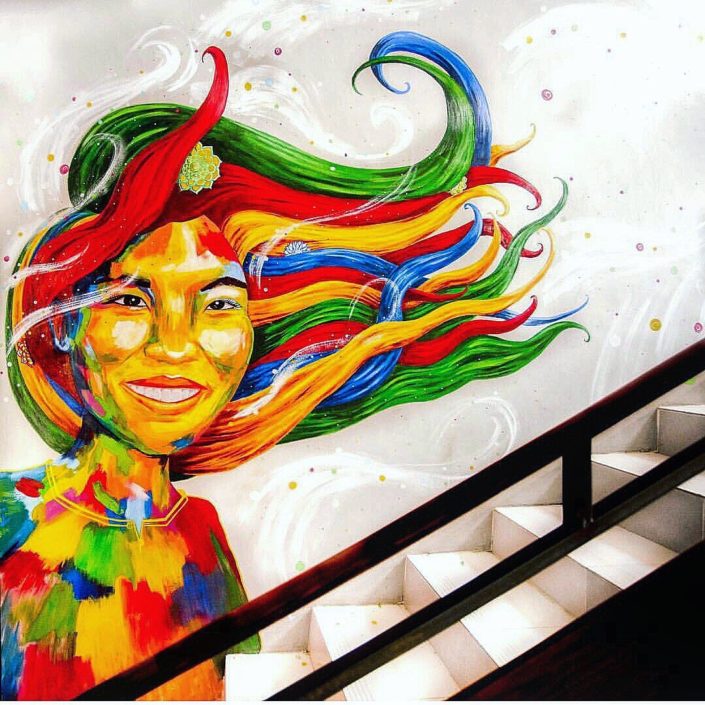 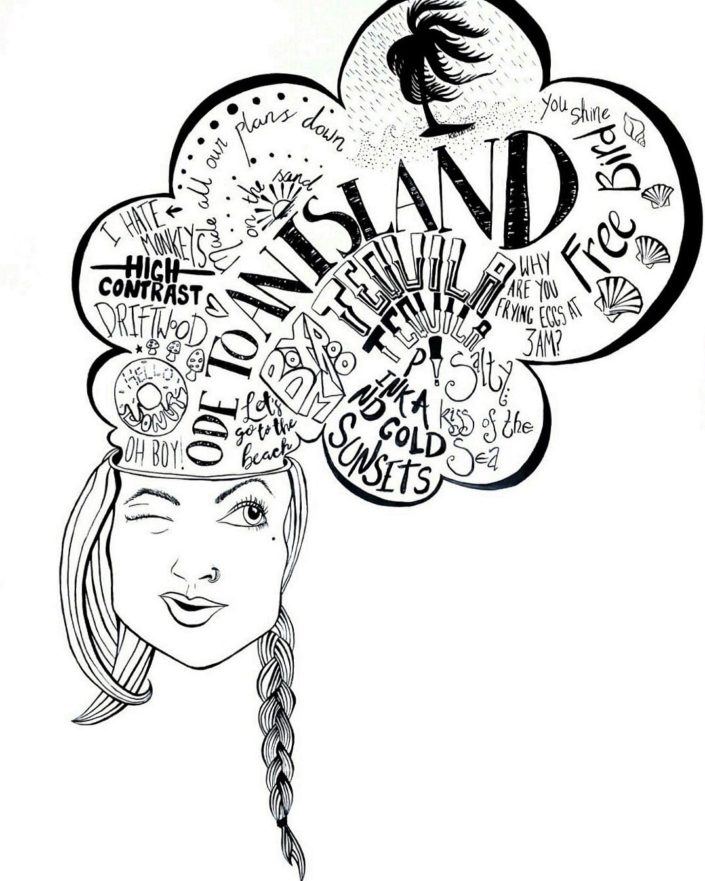 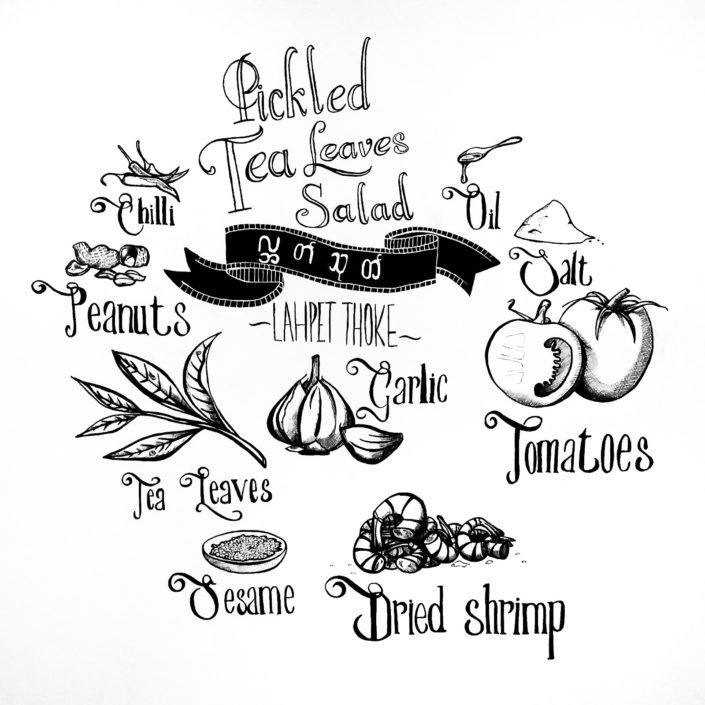 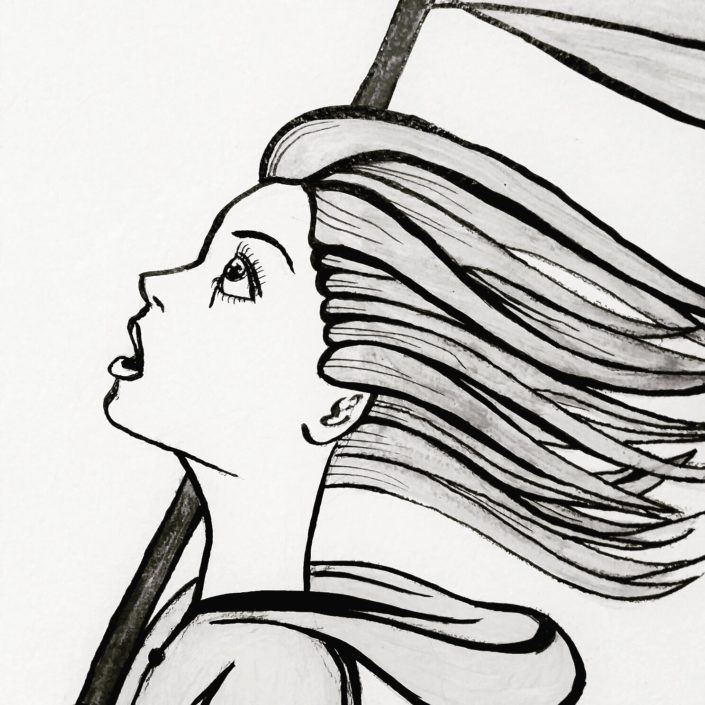 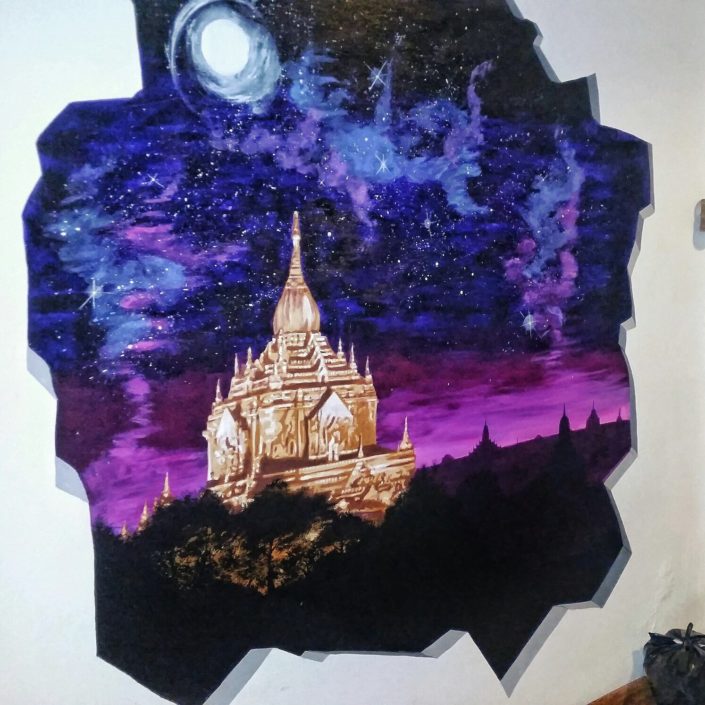 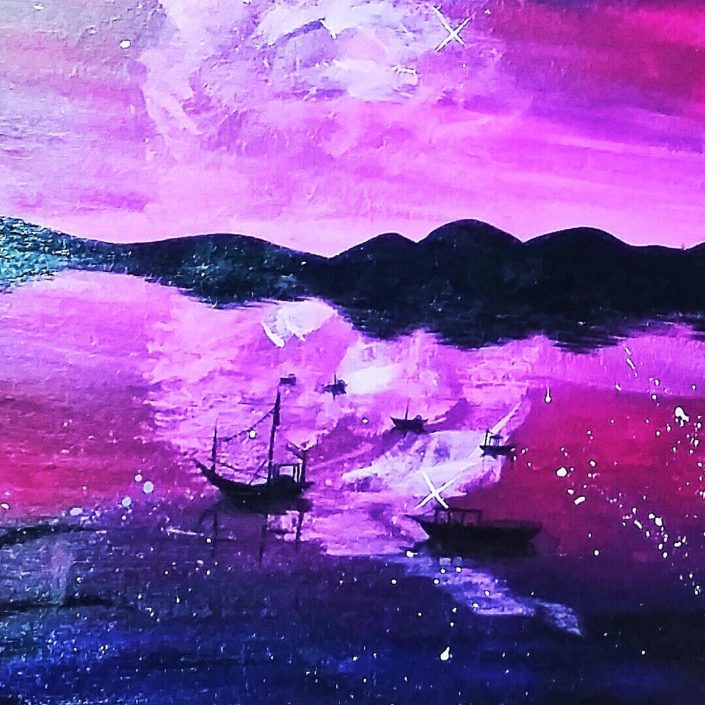 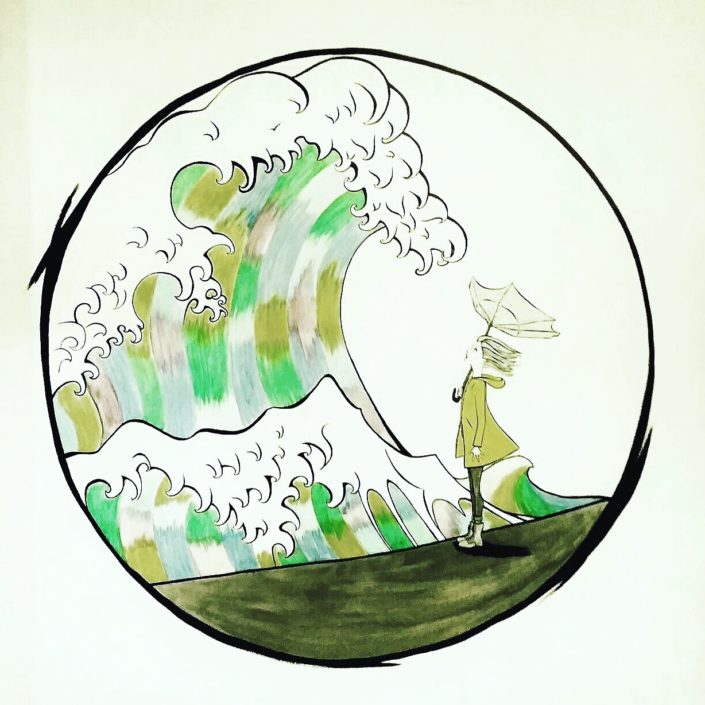 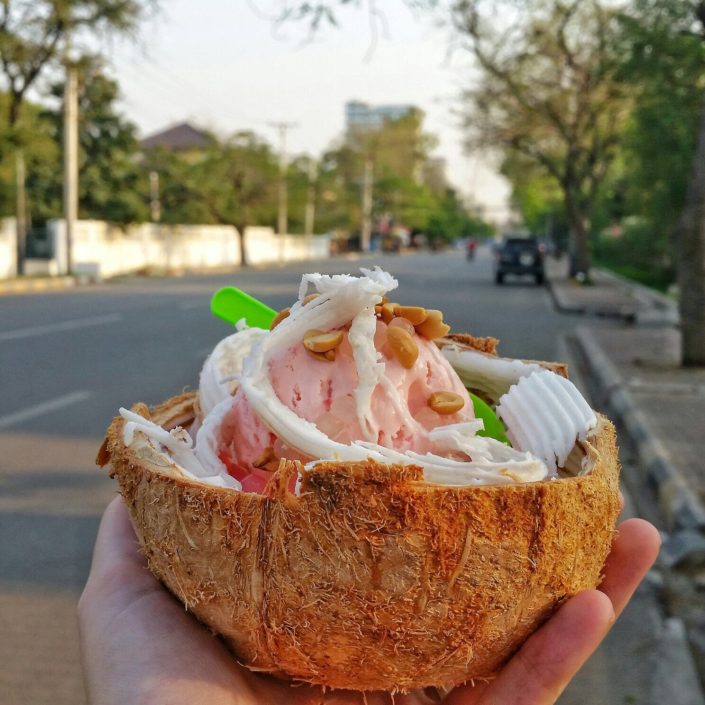 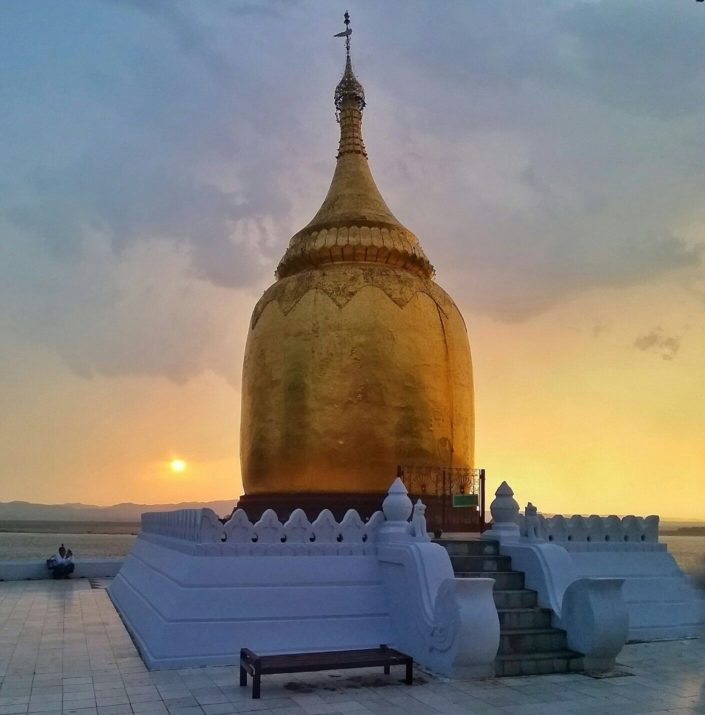 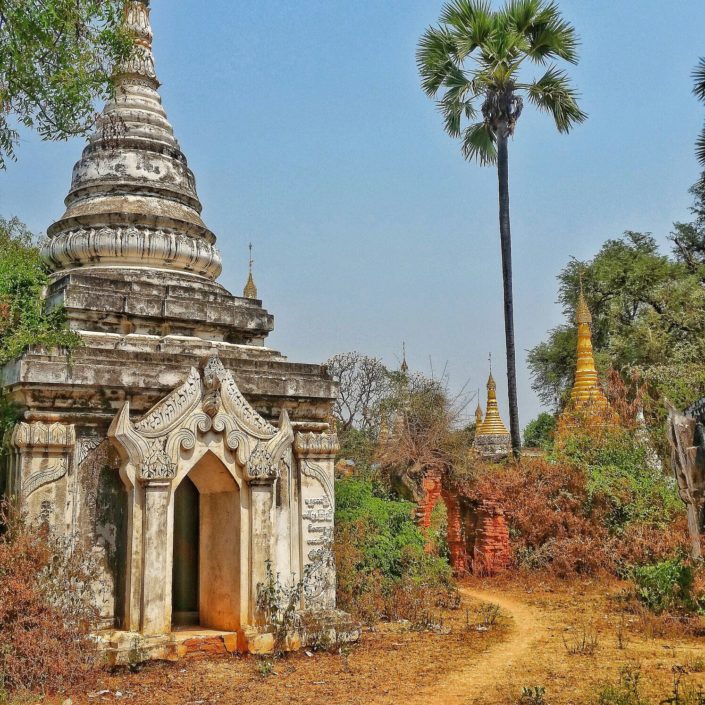 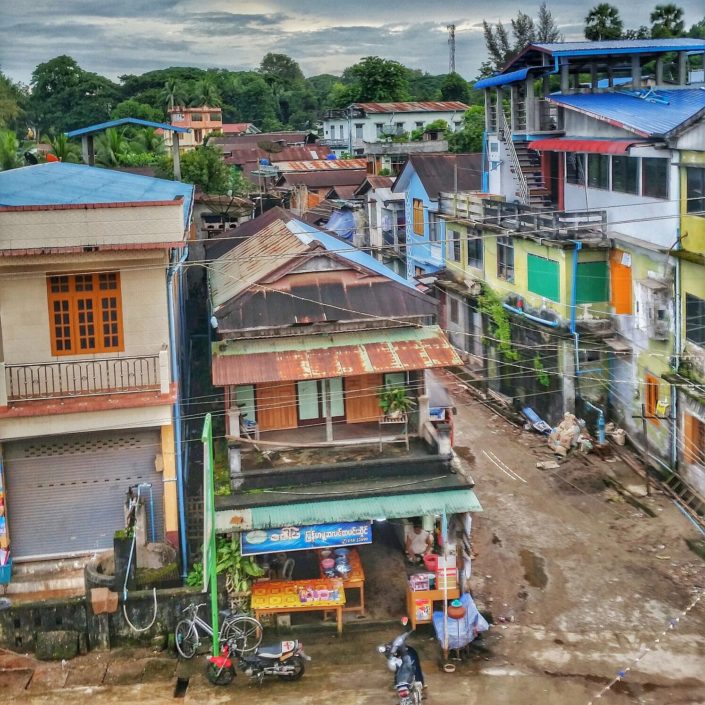 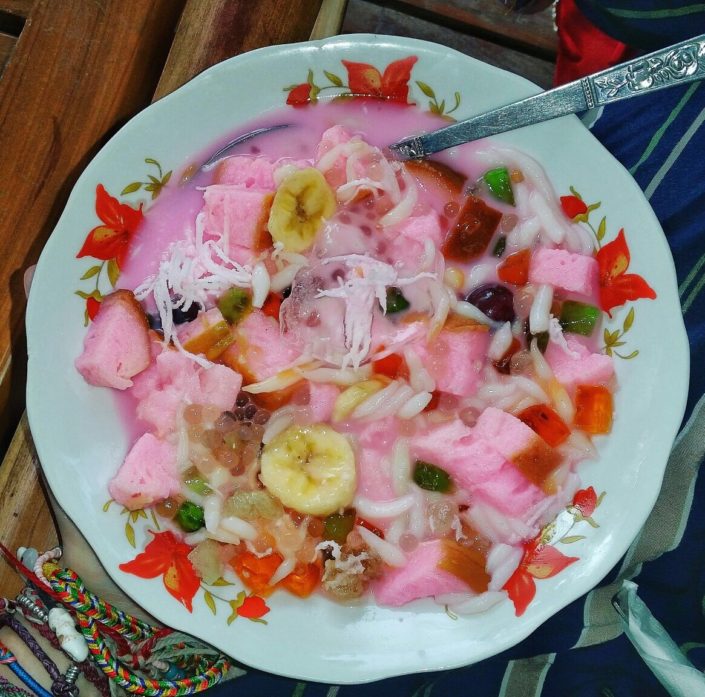 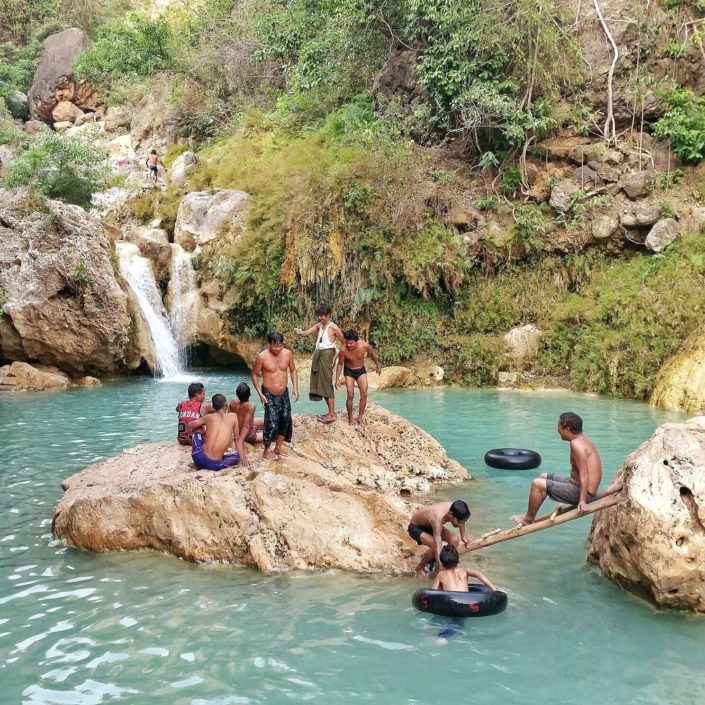 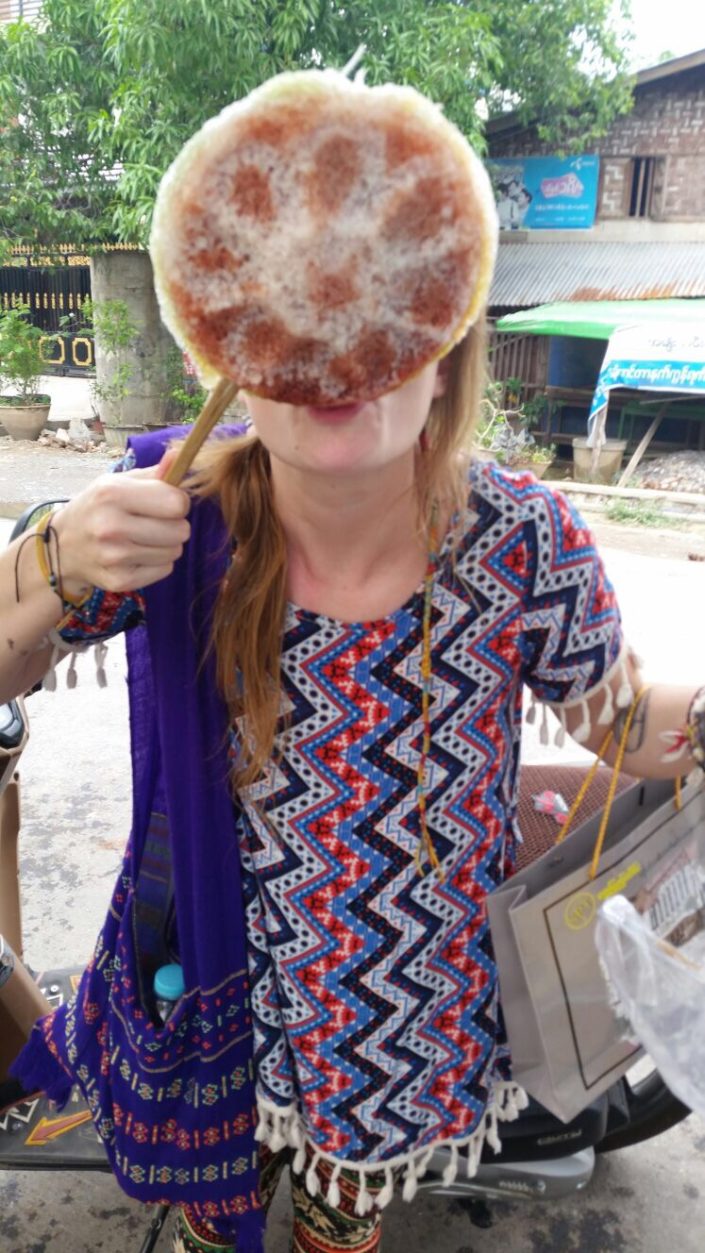 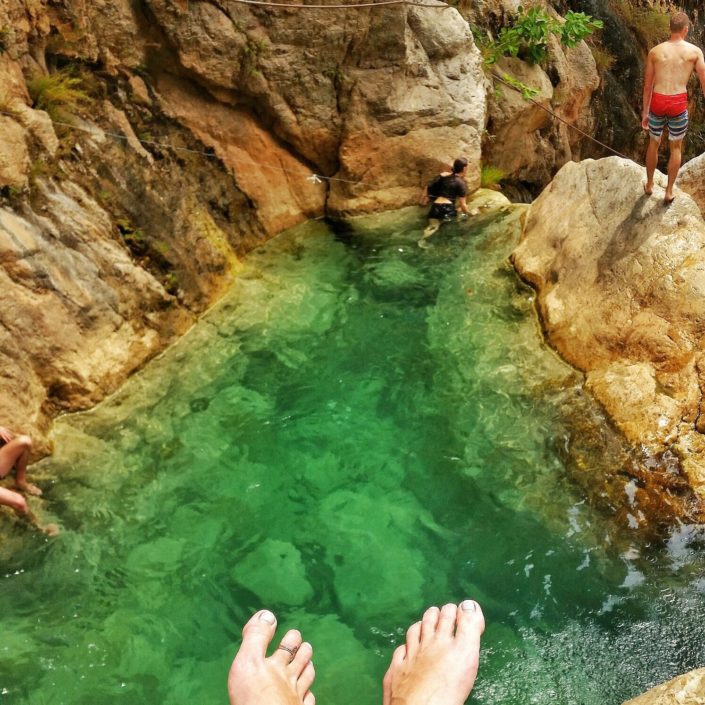 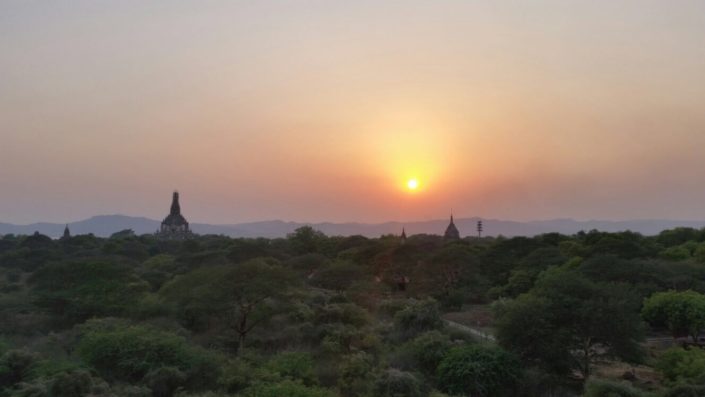 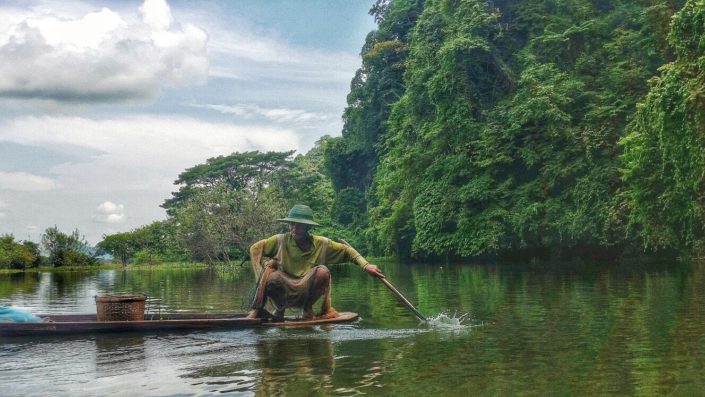